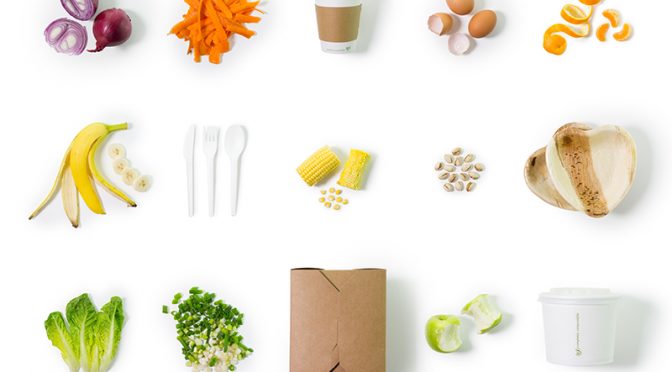 A recent petition was circulated which called the UK government to ban all non-recyclable and non-compostable packaging in the UK. Garnering over 75,000 signatures, it was selected for debate on 23rd January – if you missed it, you can catch up here or read the response.

Vegware welcomes debate and we were delighted to see the issue of recycling taking such a major platform. We would however like to see more leadership from government to create a roadmap to maximum recycling. We have no doubt manufacturers would respond to this with the innovation and flair that exists in the industry.

Our focus is foodservice where compostable packaging is the right solution. Other types of packaging need to be treated differently and we must recognise this as we devise the best way forward for each waste category.

The debate raised many valid and relevant points around the environmental contribution of effective packaging, for example in preventing food waste in the supply chain. There were also some familiar objections to compostable packaging raised which we would like to comment on.

Mark Pawsey, MP for Rugby, raised the issue of cross-contamination when using both compostable and plastic packaging.

“If [compostable packaging] ends up getting into the plastic waste stream and being sent for recycling, it is effectively a contaminant.”

This is correct. Any recycling stream can be contaminated if waste is not managed effectively. Smart product labelling and well thought out bin signage is essential. Vegware has shown that clear signage and effective customer engagement can substantially reduce contamination. An independent study at the University of Strathclyde found that our bin signage – which uses pictures – reduced contamination by 42%.

Dr. Thérèse Coffey voiced concerns that biodegradable packaging breaks down and releases methane, a powerful greenhouse gas, if it ends up in landfill. While the concern is valid, this is a somewhat spurious argument because nothing breaks down in landfill, including compostable packaging. Unlike an open tip, a landfill site is lined with plastic or clay. Waste is compacted and covered with topsoil in order to provide an oxygen-starved and dry environment. This lack of degradation prevents harmful leachate seeping into groundwater.

To illustrate, excavations of landfills in North America have found newspapers from 40 years ago that are still readable. Regardless, our aim is to solve a downstream recycling issue and Vegware works to divert our products from landfill.

“Some litter groups are concerned that the attitude of, “This product is compostable and will break down,” will lead to even more litter being thrown from the car window, because of users’ belief that it does not matter as it will break down and return harmlessly to nature.”

Litter groups and government have done a great job of reducing littering in the UK.

Development of new waste management solutions should not stall out of concern for the behaviour of a small minority. Mark Pawsey’s assertion does not fit our experience as we work with catering sites to switch them to compostable foodservice packaging.

In fact, we find the opposite – when bins are well-signed and in the right place, they’re very effective at keeping litter off the ground and increasing public engagement.

The Ellen MacArthur foundation is a think-tank that works with business, government and academia to build a framework for an economy that is restorative and regenerative by design. Their three-year project titled ‘The New Plastics Economy’ was referenced in the debate but omitted from the government’s response. The interim report was presented in January 2017 and sets out a practical vision which tackles all of the issues head on.

The researchers and technical experts behind the report reached the conclusion that compostable packaging provides the only genuine solution to zero-to-landfill in foodservice.

This is exactly what we do at Vegware and is why our Food Waste Network works closely with the waste sector to match our customers up with viable recycling routes for mixed food and compostable packaging waste. We would welcome the opportunity to collaborate with industry and government on large scale initiatives.