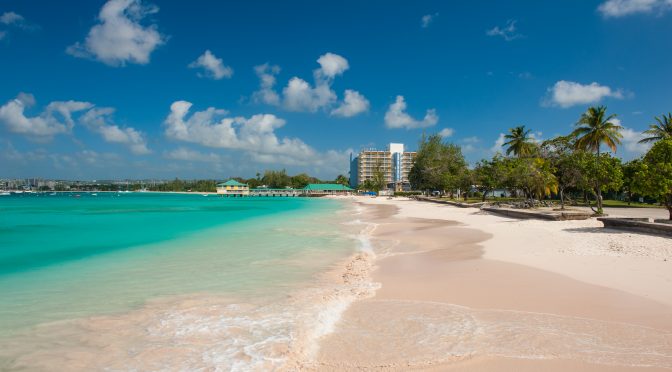 Barbados businesses urged to get on board with plastic ban

The Government of Barbados proposes banning imported single-use plastics and foam polystyrene (Styrofoam) packaging. This action follows the recent wave of legislation against foam polystyrene  in the Caribbean.

From 1st April, 2019, imported single-use plastics, such as cutlery, stirrers, straws, plates, egg trays, and polystyrene containers used in the culinary retail industry will be banned.  There are a number of plant-based alternatives available to petro-based single-use plastics.

Vegware Global Business Development Executive, Simone Muhlack, was at BICO’s Eco-Pak Biodegradable Expo at Cricket Legends, Fontabelle, St Michael. This Expo came in advance of the Government’s proposed ban set to take effect on April 1, as an opportunity to showcase the wide variety of environmentally-friendly packaging. BICO are a longstanding supporter of Vegware and distribute the plant-based packaging alongside their ice-cream business.

At the Expo, BICO’s Executive Chairman Edwin Thirlwell said, “we must do what we can to reduce plastic contamination.” He noted that while plastic-free packaging alternatives might seem more expensive than the traditional plastic and polystyrene containers, the damage and cost of the latter are much greater in the long run. BICO introduced plant-based Vegware packaging back in 2016, as an eco-friendly alternative plant-based option for foodservice.

Kammie Holder, Public Relations Officer of the Future Centre Trust, said the proposed ban on plastics is timely and necessary.

Vegware also welcomes this news from The Government of Barbados. We look forward to helping support caterers in their transition to plastic-free food and drink packaging.